Introduction to the Sublime 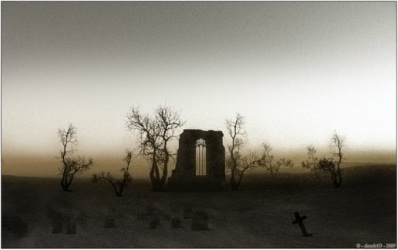 The notion of ‘the Sublime’ has been discussed throughout history with scholars such as Longinus contemplating it from the first century. We see it come back into popular culture in the eighteenth century where is becomes what is known as a ‘discourse’ on the sublime. Inspired by the Romantic poetry of Milton and Keats, the literature of Shelly and the paintings of Caspar David Friedrich it also becomes twinned with notions of political and civil agency. We are introduced to it in terms of violence and terror as well as lofty aspirations and divinity. Philip Shaw writes:

‘The lofty mountain peak or the swelling ocean, as depicted in the poems of Akenside and Thomson, and in the writings of the Romantics, thus became the scene for darker meditations on the nature of the self and its relations with the external world.[1]’

At this point the idea of an ethical sublime comes to the fore. Inspired by the Irish politician Edmund Burke we are asked to consider it in terms of morality and social empathy. We see a separation occur – there are now not only sublime experiences but also a sublime discourse. The revelation inspires much of the investigation into the topic for the remainder of the century. The differentiation between experience and discourse mean that we can categorically identify its signifiers and can now begin to examine their effects. Rather that asking what it is that is sublime, we being to ask what it is that sublimity evokes and why we are capable of this type of thought. It is here that Immanuel Kant defines sublimity in terms of our consciousness rather than in empirical or natural terms with Shaw explaining that the sublime becomes a struggle in the supersensible or noumenal world rather than the physical domain: ‘the sublime affirms ultimately the ascendancy of the rational over the real: the mind of man, that is, is greater than anything that might be discovered in nature.[2]’

The prerequisites for sublime feeling have always been discussed in terms of the vast natural world. With this now moving into the realm of the conscious self there is a renaissance in sublime theory. We now begin to place ourselves within the context of the sublime and this is reflected in our cultural sphere – in our literary descriptions of the all-encompassing mountain range or our painted depiction of man’s diminution against the overwhelming, crashing sea. In 1818 Mary Shelley describes Dr. Frankenstein’s voyage through the Alps:

‘I passed the bridge of Pélissier, where the ravine, which the river forms, opened before me, and I began to ascend the mountain that overhangs it. Soon after I entered the valley of Chaminoux. This valley is most wonderful and sublime...The high and snowy mountains were its immediate boundaries...Immense glaciers approached the road; I heard the rumbling thunder of the falling avalanche, and marked the smoke of its passage. Mont Blanc, raised itself from the surrounding aiguilles, and its tremendous dôme overlooked the valley.[3]’

In 1809 Caspar David Friedrich positions ‘The Monk by the Sea’ (Fig. 1) – a portrayal of our insignificance in the face of the natural world but also a testimony to that existence, despite our weakness and frailty. Paul Crowther quotes Blaise Pascal to illustrate these demonstrations – hearkening testaments to God’s will/creation but also tiny protests of human existence and indeed, endurance:

‘Man is only a reed, the weakest thing in nature, but he is a thinking reed … if the universe were to crush him, man would still be nobler than his destroyer, because he knows that he dies, and also the advantage that the universe has over him; but the universe knows nothing of this.[4]’

As the discourse of the sublime develops, we see a new type of investigation – one that is examined within the aesthetical treatments of form and space. In the 1950s, Barnett Newman and the American Abstract Expressionists discuss sublime theory almost exclusively in terms of the painted canvas. Shaw writes: ‘a yearning for transcendence is pitted against an open acknowledgment of the impossibility of this desire.[5]’ The sublime now becomes defined in terms of artistic practice and technique. Newman craves independence from European Classical influence and thought, attempting to categorise the sublime in the new era of a bourgeoning American cultural rebirth. ‘The Sublime is Now’ he proclaims, writing:

‘The failure of European art to achieve the sublime is due to this blind desire to exist inside the reality of sensation (the objective world, whether distorted and pure) and to build an art inside a framework of pure plasticity (the Greek idea of beauty, whether that plasticity be a romantic active surface or a classic stable one). In other words, modern art caught without a sublime content was incapable of creating a new sublime image ... the question that now arises is, how if we are living in a time without a legend or mythos that can be called sublime ... if we refuse to live in the abstract, how can we be creating a sublime art?[6]’

The sublime becomes something concerned with portraying the impossible – the transcendent thoughts of man and experiences of the ‘absolute.’ The new technological industrial age of the late twentieth century demands that we find a new discourse by which to define or discuss the sublime with any relevance beyond the 1950s. Based as it is now, on an experiential idea of reason without the need for religious authority or overwhelming natural expanse to authenticate the experience we must come to look at it in terms of what Jean-François Lyotard called the ‘ready-made techno sciences.[7]’ Shaw writes:

‘In the case of Lyotard...the goal of the sublime is to sustain a sense of shock, to prevent the reader/viewer/interpreter from coming to terms with the meaning of that which exceeds the norm. If the aim of Romanticism is somehow to incorporate the “sense sublime”, postmodernism, by way of contrast, seeks to retain a sense of the sublime as other, a “something” that can never be interfused through the use of metaphors, symbols, or verbal connectives.[8]’

With this in mind, we can ask how this theoretically qualified sublime is applicable to modern art/culture. Can we, by examining new artistic practice and content identify signifiers for the sublime away from the notion of abstraction? Where does the status of the image and figuration lie in this relationship? It is also important to consider the portrayal of events like the holocaust and 9/11 and their continued link to modern notions of sublimity. By examining prior philosophical enquiry we can hope to ascertain the importance of their contribution – are these still relevant to modern discourse? What did they say about the era in which they were written and are any of these reflections apparent in the cultural production of the time? There are sublime objects and sublime discourse and it is important to make distinction between the two. By looking at a chronological enquiry into sublimity in history we can ascertain when this differentiation occurred and its importance to the evolution of the discussion. Is the sublime something that only occurs through dissolution and conflict or is there something to be said for syntheses of thought and practice to encourage enlightenment? By examining notions such as Burke’s ‘triumph of sympathy,’ Kant’s ‘Noumena’ or ‘thing-in-itself’ and Lyotard’s ‘Paralogy’ or ‘false reasoning’ we can hope to construct new metaphysical ideas of the self, toward an evolution of the sublime for the modern era. Is it a categorical thing in and of itself or is it rather a state of mind, a demonstration of the limitation of the mind to explain occurrences beyond explanation – a type of natural safety clause to protect from the inexplicable? We are reminded of Hopkins ‘No Worst, There is None:’

‘O the mind, mind has mountains; cliffs of fall

May who ne’er hung there. Nor does long our small

Durance deal with that steep or deep. Here! creep,

Wretch, under a comfort serves in a whirlwind: all

Life death does end and each day dies with sleep.[9]’

Could it be that sublimity, in all its forms, simply denotes the lack of human ability or is it a demonstration of all that we are capable of?